NSW had trouble coming up with a policy on short-term rentals, and its final version leaves a lot to be desired.

Lost in the specific criticisms is a wider issue though – whether NSW should even have state-wide rules at all.

Some regulation is obviously required to rein in the darker side of Airbnb, Homeaway, Booking.com and other home-sharing services. Left unchecked they will gut communities all across Australia, driving out long-term residents at the expense of tourists. 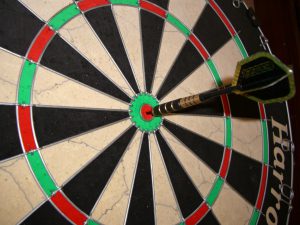 But there’s no reason this regulation should happen at the level of states or countries. The types of problems caused by short-term rentals are well-known, but each community  faces its own unique challenges. Some are worried about the effect on the local tourist accommodation sector, others are more interested in housing affordability, still others are worried about party houses. Some need to crack down immediately, others want a softer approach. Some have populations with lots of summer holidayers, others have a large base of permanent residents. Some are heavily reliant on tourism, others have other industries.

The point is the makeup, location and politics of the community will determine the kinds of STR problems it faces, and how it should tackle them. Trying to use a “one-size-fits-all solution” for everyone is doomed. Even worse is when the state governments purposefully restrict what local councils can do (as NSW has done by saying local council can’t impose a booking-day cap of less than 180 days, among other restrictions).

Local problems require local solutions. State governments should set out general principles and guidelines and leave it to local councils to target specific rules for their communities’ needs. This would have a number of advantages:

Paris, Berlin, Barcelona, New Orleans, London, San Francisco have all dealt with the problem themselves, rather than looking to their state or national governments. Sydney and Melbourne should do the same.

So who benefits from state-wide laws? The short-term rental platforms themselves, and STR investors.

STR investors benefit because they don’t have to master different regulations in different areas, and know exactly how much they can rent out a property anywhere in the state. This is great for, say, a Sydneysider wanting to buy several properties for STR in Byron Bay. But a Byron Bay resident renting out their extra rooms? They wouldn’t have an issue following local guidelines. It benefits hosts more the more properties they have.

STR platforms like Airbnb and Homeaway (which owns Stayz) benefit because more STR investors = more revenue for them, one set of rules is easier to enforce with technology, and it’s easier to lobby the state governments than the many local councils they’d need to influence. Probably that last point has a bigger influence than we realise. Airbnb in particular has a well-funded and very effective public policy lobbying team. It knows where to get the best bang for their buck.

State-wide laws also reduce NIMBY-ism, where local councils would block STRs and restrict the growth of the industry. But if that’s the point of the current laws, then they’re trying to solve a problem which doesn’t exist. There’s no sign of holiday rental growth slowing. The smart rules work to channel and control it, not encourage it.

NSW can fix its proposed rules with four changes: